Stop Lying! Tahiry Accuses Joe Budden of Fracturing Her Rib, Breaking Her Nose & Throwing Her Down The Stairs, During Relationship On Monday, Tahiry Jose sat down with Hollywood Unlocked and discussed the past allegations of being abused by retired rapper and podcast great, Joe Budden.  She let the truth take it’s place this time. Tahiry claimed the rapper and popular podcaster beat her during their past relationship to the point where he fractured her rib and broke her nose. The painful reflection came about as Jose spoke about her most recent relationship with Vado, who Tahiry labeled the “brokest man she’s ever been with,” on Marriage Boot Camp, to which Vado violently went for Tahiry’s throat, right there on tv. (Sometimes you just wish some of this stuff was just tv. But it’s not. It’s people’s real lives playing out for everyone to watch.) As Madam Noire, plays back the memorable scenes of the episode; at that point, Jason Lee asked her if Budden was her abusive ex. After a number of seconds of thinking before she spoke, Tahiry released a heavy burden and confessed to dealing with abuse at the hands of a man she once loved.

Jose knows that people may not believe her story, because she’s been all buddy, buddy with Joe Budden in the past, and was even caught in something of an entangled love triangle with him and the mother of his son, Cyn Santana.

“I’ve had to endure this bully for the last 10 years. I even befriended the bully,” she said. “I didn’t know what else to do.”

Tahiry says she couldn’t hold it in anymore, after Budden brought up her and Vado’s situation on his podcast, and lied about his abuse towards her, forever.

“During the chat with Lee, she opened up about verbal abuse leading to physical abuse, and how her decision to try and leave him allegedly ended with her being thrown down the stairs. She also speaks on what it’s like to be abused and still want to deal with the person who did you harm.

As for Budden’s account of things, and he has been accused of abuse to the point of miscarriage before by model Esther Baxter, he claimed in 2010 that he did put his hands on Jose at one time after finding out she was allegedly cheating. He claimed he only “mushed” her (which is still a no-no).

“I mushed the sh-t out of her f–king a–.  And I think she was asking to get mushed,” he told Angela Yee. “She was dead caught cheating and I was fresh off tour and I was like ‘What’s up?  You’re caught, you’re busted.’”

Jose says things went quite differently than what he claimed. Hit the flip to see what she says about what she allegedly endured.”

It’s not that nobody believes her. I definitely believe her.  But most other people simply don’t care. They’d rather focus on Budden’s new baby and girlfriend. Plus Tahiry did herself no favors by being on a reality show where her new man seemed to get a bit violent with her.

One thing that stood out about the interview for me is Tahiry saying how she only saw Vado once a month for 2-years and he hadn’t decided he wanted to even be in a relationship with her. Jose says they were trying to figure it out. (Meanwhile like the boss chick that she is, she put Vado on the map. 🤷🏼‍♀️)

So even though Tahiry says she has high standards for who she dates, she actually doesn’t have a CHARACTER standard for herself, as to the character of man she dates, and how he treats her.

I heard Tahiry say that Vado kept using the shock bracelet to shock her during a particular unaired episode. To which she said she turned around and told him “I wouldn’t hurt you for any reason, why are you hurting me?”

It’s interesting how Tahiry plays back in her mind, how the show was was a puppet master, leading the storyline of her being an abusive woman, and causing scene agitations in order to get her to violently respond to the trauma being inflicted upon her.  It’s like she’s watching her life from outside of herself; watching it all play out with awareness.

Jose then goes on to explain how Vado who’d she never seen do drugs a day in his life, was suddenly smoking and getting high, while mixing a dark Hennessy liquor with a white Tito’s liquor; and acting like a whole new character. Tahiry discusses the wild scenes between she and Vado on marriage bootcamp.

(chilllllllle. We’re getting deeper insight.  Where did Vado get the idea to suddenly heavily partake in heavy intoxicants? Did the show encourage him? Did they have a recruit on staff to encourage him? Was it his idea because he was nervous to be on t.v.? This is deep.)

One must understand that although a celebrity, Tahiry is a normal human being who went through some things. Seeing how the random guy also became violent with Jose, you can see she’s still suffering. She may continue to attract abusive men, until she heals her trauma.  Healing trauma often takes a woman spending some time by herself, getting to know herself and seeking out spiritual healing.

Yet, make no mistakes about it, Tahiry is a very beautiful, smart woman; who just so happens to love the wrong men. I most certainly hope that she finds some healing.

I’m glad I watched this episode myself and saw her SPIRIT, instead of simply reporting on her as another hot mess celebrity.   Jason Lee did an excellent job of showcasing Tahiry in her authentic light.

The episode was really good. Check it out below:

Part of he insight for this blog post came from Madame Noire.

What you can most learn from this blog post, is how a beautiful, talented boss chick has allowed men to waste her time.  High standards are not good enough in today’s society. A woman has to raise her standards even higher, because the good men who treat women well and value them, vibe pretty high.

If you’re ready to attract wealthy, high value men who treat you like a Queen, pay all of your bills, appreciate you, value you, don’t abuse you, and don’t take you for granted, go down this beautiful rabbit hole that I created for broken hearted, women, high value women, boss chicks, brilliant women, spiritual women and all of the dope chicks who attract narcissistic men who you feel like it’s your job to heal.

If  women want men to be more romantic, then you need to give him something to romance.

Click the photo below to get the vibrationally written, love vortexing, most powerful love manifestation and spiritual healing book, ever written.  Seriously, I deserve a Pulitzer for this book.

Yes, the title is very appropriate. If it resonates with you, take the next step of your healing journey. Cause you know what? It’s never too late to get up and start living the FULL life of your dreams.  Every woman needs to know the secrets to get what you want from a good man who came to prosper you. 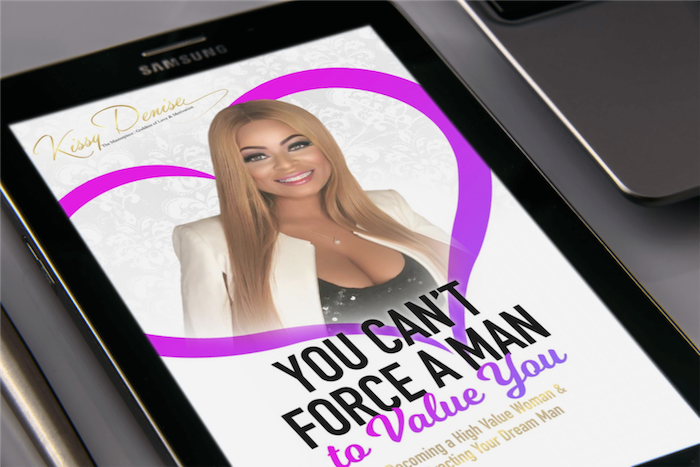