Click here If you're ready to build a 6 figure business 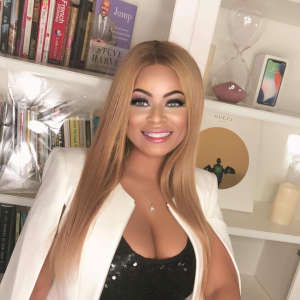 I never go into great detail about my abusive relationship, cause the truth is I really don’t give af.  I take full accountability for being foolish enough to fall in love with him, to stay with him, and even to believe in him. That relationship was ultimately one of the dumbest decisions of my life. Although at the time my life was falling apart and he just so happened to pop up showing me the appearance of love.

This dude would hit me and tell me that he didn’t lose any sleep at night afterwards.  Later he would demand sex.. It was weird watching his antics.

But back to Mr. Abusive. He used to call me dumb. I knew nothing was dumb about me, except my decision to be with him.  I no longer wanted to be dumb so I prayed that the love would fade, and as soon as it let up a little I found the strength to pack up, throw my stuff in storage and go about my business.  I dropped his Range Rover off in the valet of a casino and disappeared. I would go homeless after that. But I was pissed at him like hot water cornbread.  One time he called me and told me that the dash of his drop top went up into flames while he was on the freeway. He told me he knew I caused it cause he’d seen me speak things into existence before.

He was right. At the time I wished he was no longer here. But eventually I got over my pain. They say success is the best revenge and I took that to heart. So I decided that I would become super successful and buy myself another Range Rover. I’d purchased his, but he had the credit at the time.

Because I knew how to live my best life, I knew I could show others the way. So I put up a blog and proceeded to inspire people. Later it became a crime and gossip blog that I used to uplift, inspire and enlighten people on the low.  Sometimes when my blog wasn’t making money in the beginning, I would think of all the pain I’d been through and I decided there was no turning back and that I would create a 6 Figure business the same way I had upleveled his business and brought it up to the 6 figure mark.

This man had two college degrees and here I was with a high school diploma, ten times smarter than him. But here is the catch. I used to watch him manifest. I would see him draw something in a notebook and months later we would be going to get that same item. Whether it was expensive jewelry or an expensive car. I also used to watch him read self-help books.  But he would NEVER offer the books to me. At the time as smart as I was I didn’t know such books existed. His favorite was The 48 Laws of Power.

Before that I used to soak up hood books. The stories fascinated me. My favorite was “The Coldest Winter Ever.” But one day I was in Kinkos with him, and I picked up a book. I don’t know what book it was but I read a line “The only difference between where you are right now and where you’ll be this same time next year are the books you read and the people you meet.”  That line changed my life. I began to massively read self-help books. I even started to change my associations and connect with more valuable people. I created a multi-6-Figure empire. My belief in myself was cemented forever.

Then one day years later I look up and I AM now a life coach, helping others align their purpose and turn it into a 6 figure brand.  Then I moved away from that to confidence healing and teaching others how to maintain and attract abundant relationships.

While I broke up with all of my exes, I loved those men dearly and new how to maintain a loving relationship. I just picked the wrong ones to do it with.

But the way that man abused me and failed to appreciate me gave me great sympathy for women.  I wanted to uplift and empower women.

The other day I received a review from one of my amazing, empowered millionaire clients and I just felt calm, like I was finally truly living in my purpose and walking in God’s plan for my life.

I have to thank the abusive guy for this because he was the start of making me value myself. Because I learned to value myself it’s easy for me to teach other women how to value themselves.  Because I had to pick myself up off the ground after that relationship, you can’t tell me nothing. Sometimes people think they are talking bad about you or trying to pull me down and in my head I’m like “A man used to beat my azz, and still he couldn’t kill my self-esteem or confidence. I still went after my purpose. So what makes you think I’m going to care about what you have to say?” A hater to me is like an ant talking to a giant. I’m full Goddess around this piece.

Ladies you can never let a man take your pride or joy. Dust yourself off and get up and try again. Except this time you level up. New values, new boundaries, new understanding.  And most of all you get with a man who has plans to prosper you.

Most importantly, maybe your life isn’t perfect. Maybe you feel like you have nothing left. But guess what? God can still use you.

CLICK HERE IF YOU'RE READY TO UPLEVEL YOUR 6 FIGURE BUSINESS

What are you waiting on when it comes to Love? What Are You Looking For?

Sometimes people ask me what am I...

Would you believe me if I told you...

An honest Letter about JAY Z, BEYONCÉ & Why You Possibly Suck At Being Great

Today is the day that it dawned on me,...